Difference between revisions of "Variables"

There may be times when you'll want to use the contents of a variable appended. In cases like this, you may use @{variablename}<rest of your text>. For example, if you have a variable called @him, which is either "him" or "her" and want to use that as par of "himself" or "herself", you can use @{him}self. 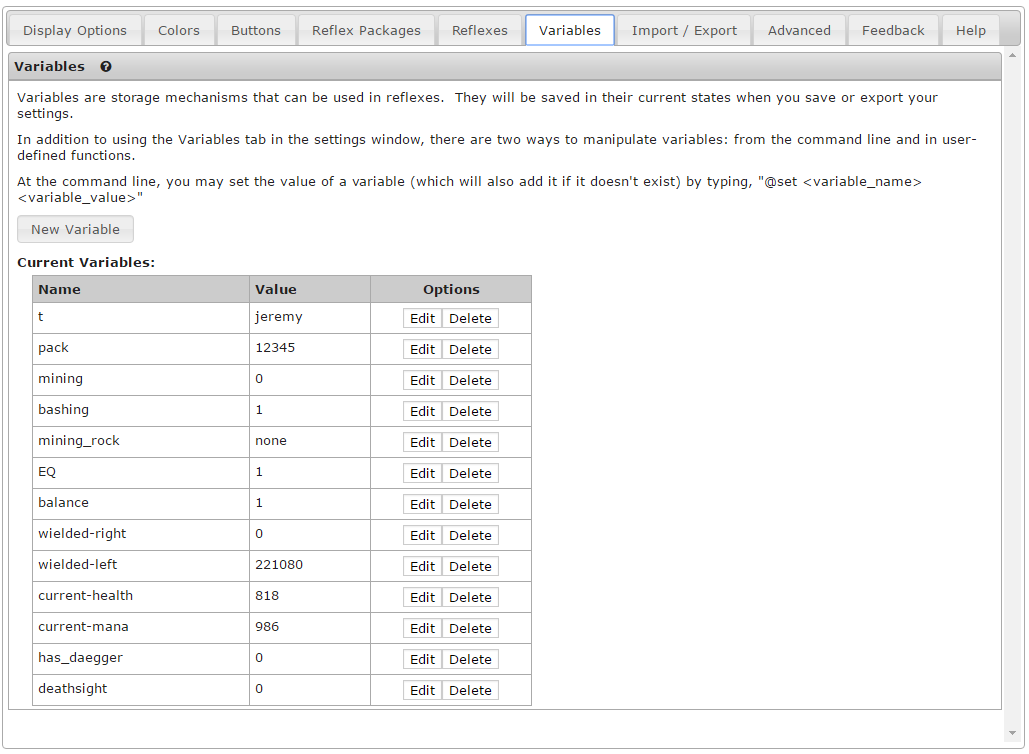