How to move around

Movement can be a tricky concept for new players at first. However, once you get the basic idea it becomes very simple and you will be flying around the world in no time.

You can move from room to room with 12 different commands.

There are twelve basic commands used for movement in the game world. In order to move from room to room you must type these commands into the command line at the bottom of the client.

If your keyboard has a number pad, you can use it for quick movement. For most people, this is the preferred method of movement. 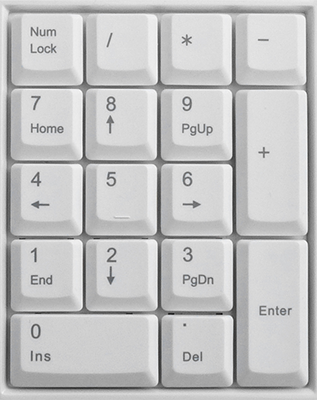 Imagine the number pad is a compass. The number 8 will move you north, 6 is northeast, 1 is southwest, and so on. The minus key goes down and the plus key goes up.

If this is not working, you may need to press the NumLock key in order to turn it on.

To move, you need to determine which direction is available. The client has a visual map that makes this easier. 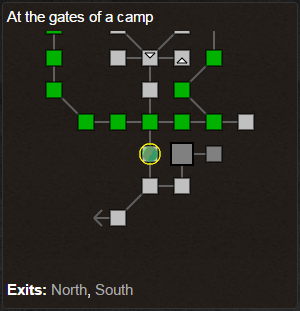 In the example above, the character is located in the room with the yellow circle. You can see a line going to the north and a line to the south. You can type in NORTH or N to move north and SOUTH or S to move south. The exits are also listed on the bottom of the window and you can just click them to move.

You can also enter the command QL (short for QUICKLOOK) or L (short for LOOK) into the game. This will display the exits from the room. See the example below.

In this example you can see the exits are also listed in the final line of the room description. You can type in the exit direction to move, or you can click on the word north or south to move in that direction.

The final command is MAP, which will display a visual map in the output window as shown below. 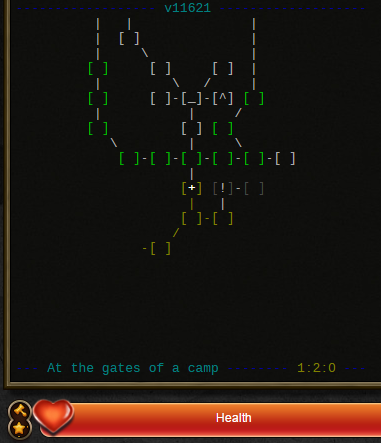 In this example, rooms are indicated with a [ ]. The character is located in the room with the + sign. This room also has exits leading to the north and to the south.

Naturally, before you can open a locked door, you must unlock it, and before you can close a door that has been locked open (imagine a bolt lock that has been locked while the door is open), you must unlock it. To do so, you must obtain a key for the door, which may or may not be possible, depending on the door. There are other ways to bypass doors, but those are for you to discover. To lock a door to the north, assuming you are holding the proper key for it, you would do LOCK DOOR NORTH. The syntax to unlock a door to the north is UNLOCK DOOR NORTH.

There are many ways for insidious players to hinder your movement, and you would be well-advised to learn how to prevent them from doing so.